The original idea: a multiplayer game

Butterfield and Fake were originally trying to create a Web-based, massively multiplayer game. “It was different from most other Web games,” says Butterfield. “It wasn’t postapocalyptic sci-fi, and it wasn’t men in tights fighting dragons.”

While sweating out a nasty bout of food poisoning during a 2003 conference in New York (ah, the glamorous world of new media), Butterfield had an epiphany: “We had this game where people were sharing things. What if we added the ability to share photographs?”

The original Flickr had many remnants of the game technology. You could share photos only with other people live on the site. And a ranking of your friends decided who got to see your pictures. “Your mom should be your best friend,” says Fake, “but you don’t necessarily want to share all your photos with her.” 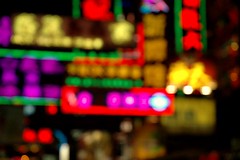